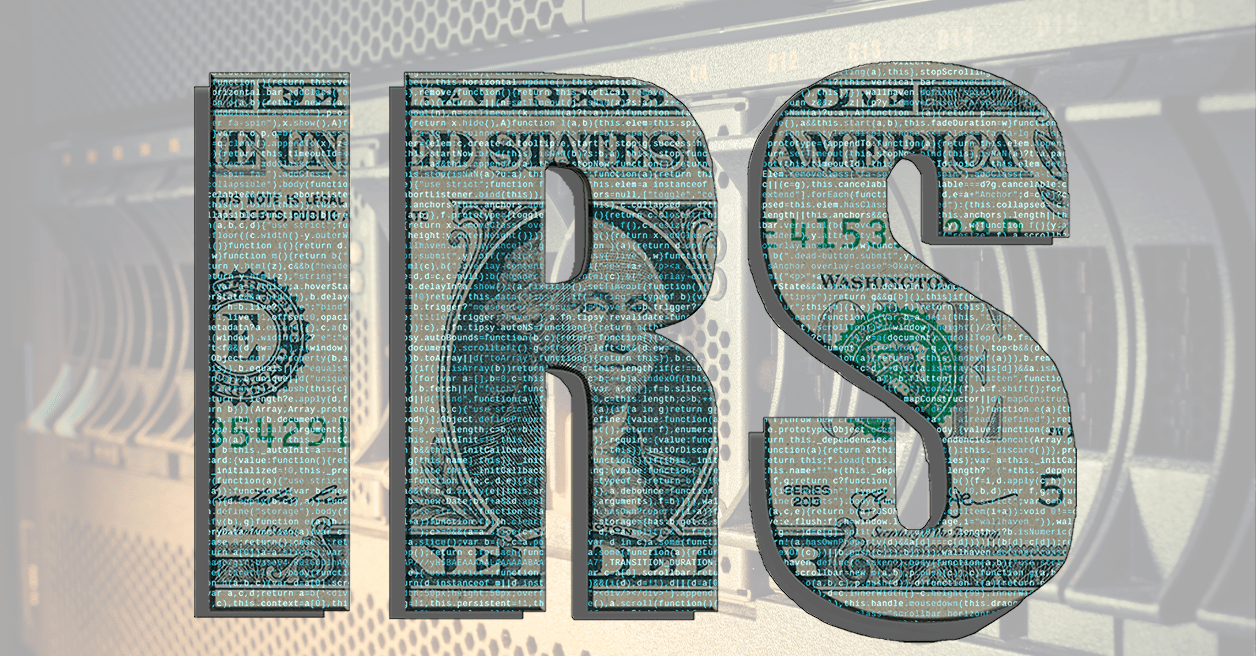 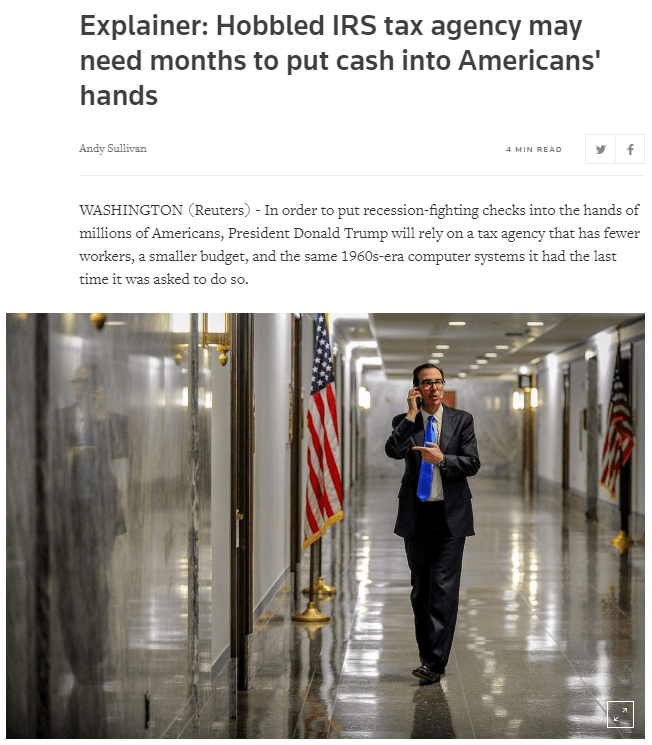 A Reuters' article published March 22, 2020, claims that the IRS will have difficulty delivering stimulus checks to help Americans endure the economic hardships caused by the mandated social-distancing protocols put in place to combat the COVID-19 global pandemic. The story, written by Washington, D. C., correspondent Andy Sullivan, explains how budget cuts and reliance on obsolete technologies, including COBOL-based applications, may not only delay the delivery of the stimulus checks by months but are also preventing the agency from effectively completing its main job of collecting tax revenue.

While the article incorrectly judges the usefulness of COBOL because the IRS can't find enough qualified programmers, it does highlight the issue that Phase Change has been pounding the table about for years – the lack of qualified legacy application developers is a major problem for the enterprises and government bodies that rely on them.

COBOL-based applications quietly run in the background conducting a large share of the world's financial, healthcare, and government-agency business, including the billions of ATM transactions that occur every day.

A great number of the developers that maintain COBOL-based applications are retiring, and the younger generations of programmers don't have much interest in learning the language. More importantly, the application knowledge lost when experienced developers walk out the door cannot be easily replaced by reliant organizations such as the IRS.

The programmers the IRS adds to support the $2 trillion economic stimulus package will not be ready to support the agency's massive delivery of stimulus checks. They may be experienced developers, and they may have a good grasp of COBOL, but they do not understand the complex applications the IRS uses to process and issue recovery payments.

If you think the tax code is complicated, consider that in 2018, the IRS codebase contained an estimated 20 million lines of code that encapsulates nearly 60 years of legislative and system changes.

It can take months for programmers to become productive in applications new to them, and possibly years to become proficient. During the time they are learning the source code, they are more likely to make mistakes and definitely require mentoring and oversight, which decreases the productivity of the rest of the team, prolongs the time it takes to complete projects (such as mailing checks) and increases the risk of major mistakes.

That knowledge gap is what the IRS and many other organizations reliant on COBOL applications are facing today.

Steve Brothers is the President of Phase Change Software. You can reach him on LinkedIn or at sbrothers@phasechange.ai.